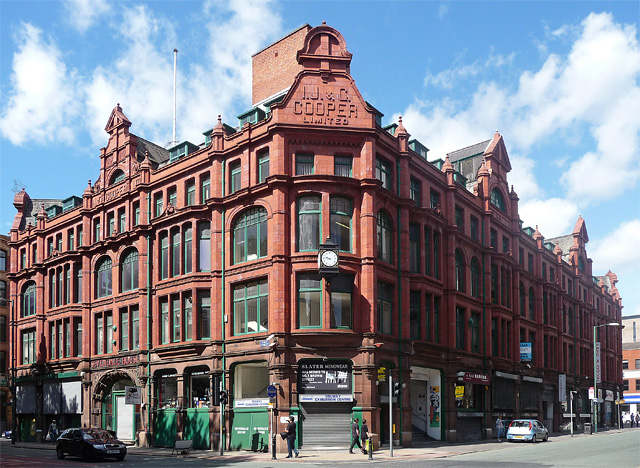 Exciting plans to give Manchester’s Stevenson Square a green makeover are to go ahead after local residents and businesses pledged cash to support the project.
Local environmental regeneration project Red Rose Forest is to transform the Northern Quarter square with new street trees, hanging baskets and a ‘green roof’ on top of the disused public toilet.
The project had received significant funding from Manchester City Council but was £6,000 short of its overall funding target. A campaign was launched using internet ‘crowdfunding’, with city centre residents and businesses asked to pledge cash towards the project via the Spacehive website.
Now Red Rose Forest has reached its crowdfunding target – after more than 80 cash pledges were made on the website.
Cllr Pat Karney, Manchester City Council’s city centre spokesperson, said: “This is excellent news for those who live and work around Stevenson Square and for the Northern Quarter as a whole. Thanks to the generosity of local residents and businesses, Red Rose Forest will be able to begin work on this exciting project in the next few weeks. The square already has a real buzz about it and is fast becoming a hub for this vibrant and creative corner of the city centre.”
Pete Stringer, special projects manager at Red Rose Forest, said: “With this project we hope to unlock Stevenson’s Square’s potential, making it a ‘destination’ location in the city centre. There’s long been a feeling that the square is underused, but we hope we can change that by making it a more attractive place for people to live, work, shop and do business. Once the work is finished it will feel a lot more like a square – which will attract more people to visit the area, benefitting local businesses.”
Under the plans, 11 liquid amber trees will be planted in the pavement and in the square’s central reservations in a reinstated surface material. Made from recycled tyres and supplied by KBI, the new pavement will be porous allowing the trees to receive the oxygen and water they need to grow.
A green roof will be installed on the roof of the old public toilets and planted up with, among other things, edible plants chosen by local residents and businesses. Hanging baskets will be filled with flowers and added to the square’s lampposts.

The Stevenson Square project has also received support from the following businesses and organisations.

Mark Davies, Director of Philip J Davies Holdings Plc, said; “When I read about the additional funding required to allow Red Rose Forest to begin the transformation of Stevenson Square, I wanted to get involved and help in any way possible. We are currently carrying out a major refurbishment of Sevendale House, which occupies a prominent island site within the square itself, and it’s great to think that both the building and the square will receive a makeover at the same time. This area is undergoing a lot of positive change, and by working together we can all benefit from these improvements.”
Vaughan Allen, chief executive of CityCo, Manchester’s city centre management company, said: “We are committed to greening projects in the city centre through our Manchester Garden City scheme and have supported improvements to Stevenson Square and other areas of the Northern Quarter for some time. We’ve been working closely with Red Rose Forest, Manchester City Council and local businesses to plan the installation of the trees, baskets and green roof and are now delighted that the work can go ahead.”