Sevendale House Is Now The Proud Owner Of A Defibrillator

The final two units in the Northern Quarter’s Sevendale House have been let, with the Grade II listed building now at full occupancy.

Regit, formerly known as motoring.co.uk, the largest independently owned automotive website in the UK, has moved from its office in Cheadle into 2,929 sq ft in the basement at Sevendale House, while Flawless Make-Over Studios Ltd, a state of the art luxury studio providing makeover and photography packages, is moving from its studio on Little Lever Street into a 1,873 sq ft unit, also in the basement.

One of the most significant office refurbishment schemes undertaken in Manchester in recent times, these two basement lettings see all 65,000 sq ft of Grade A office space and 33,882 sq ft of retail/leisure space now let.

Mark Davies, director of Philip J Davies Holdings, said: “Sevendale House has been the choice location for a number of respected and high profile companies in Manchester and we’re delighted to have let the final two units to Regit and Flawless Make-Over Studios.

“We had a great deal of interest in these final two units but were keen to ensure we had tenants that continued to maintain the right mix and balance within Sevendale House and both Regit and Flawless are a fantastic addition to the building.”

Terry Hogan, Managing Director at Regit said; “We’re really excited to be moving to the Norther Quarter. With key partners and businesses around us, we’re hoping to really build off that and cement ourselves as one of the mainstays of Manchester’s tech scene. It should be great for everyone here, and a great base to continue our growth in 2017.”

Andrew Cowell from OBI Property said; “Following its refurbishment, Sevendale House has been an incredible success. It is a stunning building in the heart of the Northern Quarter and it has stayed true to its strategy of attracting creative and forward-thing thinking companies.” 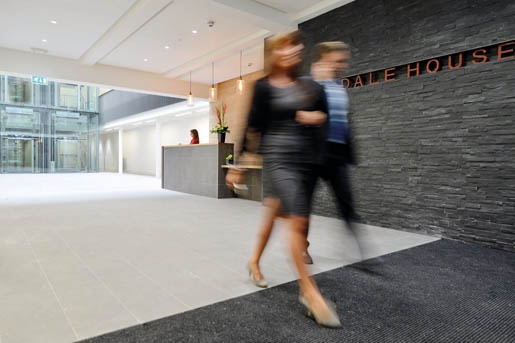